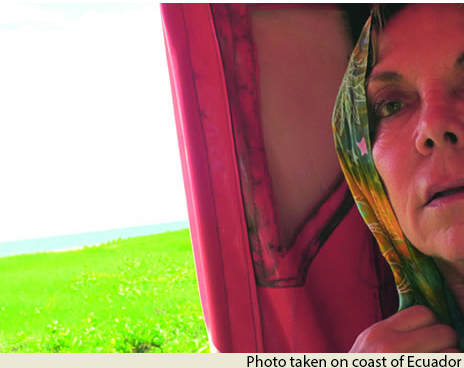 Professionally, Ms. Zeldin has been engaged in nursing and teaching. She has successfully advocated for changes in the medical field, along with homebirth and Midwifery. In her travels to out of the way places, she has been a keen observer of people and distant cultures, often writing a 'sketch' of her experience.

Madeleine is an advocate of advocacy.

Throughout her adult life she has successfully advocated for change. When she felt change was needed, she rallied. She lobbied. She started a group or joined a group.

In the late '70's, when her town council was considering tearing down old heritage properties in the name of 'Progress', she helped start a group of interested citizens in order to save these heritage properties. 'Progress' was stopped and many heritage buildings were saved due to the group's diligence.

Again in the early '80's, Madeleine herself changed local hospital policy to allow midwives to accompany couples in the birthing room, after the hospital refused to allow her midwife to enter.

Madeleine volunteered at the local Health Center and advocated for improved health care for refugees. Improvements were made.

She successfully advocated for her soul-friend, late husband Gerald's medical care throughout their six year battle with cancer. Many important changes were implemented in our medical system due to her persistence.

Several years ago, after the death of her beloved husband, Madeleine lived with a Shaman in the Ecuadorian jungle to spend some time to heal and to learn of the medicinal properties of the plants in the jungle.

Madeleine has been ahead of her time in her generation. She had many professions throughout her life including social worker, teacher, registered nurse. She also joined a group of midwives and again successfully advocated for choices in childbirth.

However, she considers her most important achievement as being a mother and grandmother. She has instilled in her family a sense of love and empathy and has taught them to love the earth and its people.

To quote Gandhi,
'We have not inherited the earth from our forefathers.
We have borrowed it from our grandchildren.'